J.R. Watkins is selling door to door via Instagram 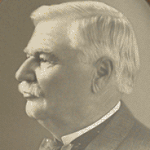 As it’s Halloween we thought we’d share this fantastic social media campaign by the J.R. Watkins brand. They are using Instagram to go door-to-door selling.   The company is 147 years old and so you’d imagine it would be hard to bring that traditional brand online via digital marketing. It’s founder died in 1911 but he’s making a special guest appearance this Halloween!

The brand J.R. Watkins has huge distribution deals with Walmart and Target, selling remedies such as cough medicine, hand cream, soap etc. When Mr. Watkins was around, he was a supreme sales man, literally going from door to door to sell his products. Now, he’s going into people’s homes using the new door-to-door sales method of Instagram. He even has his own hashtag #GhostMyPost.

Like most mortals, I found life too short to finish all I set out to do. I’m most grateful to the youngster that released me—however unwittingly— from that (rather confining) tin. #GhostMyPost #WatkinsWay

This is a great example of a heritage brand being disruptive. The advertising campaign depicts various scenes where someone has forgotten an issue relating to personal hygience. Old J.R.’s ghost magically appears to remind them of the importance of cleanliness. The first video shows him being released from an old J.R. Watkins tin. The campaign is being backed up by their other social media locations on Facebook, Twitter and Pinterest. However to date they haven’t paid for an Instagram ad and have been relying on the virality of the ads.

Today’s medicine cabinets appear to be shoehorned full of items of little medicinal value. One or two high-quality J.R. Watkins remedies—my Liniment, for example—will displant a host of mediocre ones. It appears (sigh) I have much work to do. #GhostMyPost #WatkinsWay A video posted by J.R. Watkins (@jr_watkins) on Sep 21, 2015 at 7:22am PDT

Another really creative idea the brand have instigated includes the opportunity for your Instagram image to be haunted by JR. just follow him at @JR_Watkins and add the hashtag #GhostMyPost to your Instagram post.