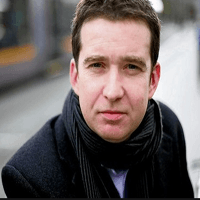 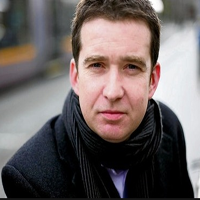 Whilst researching for some upcoming blog posts, I found this article I wrote on Irish entrepreneur Mark Little. At the time, he had just sold Storyful and told a fascinating story. Seeing how far he has come now, and how he did achieve his aim, I thought it was definitely worth a reminder as to how the road he travelled and how he turned a tech startup into a multi million euro buy out.

On Tuesday night last I attended the Ryan Academy High Fliers programme for female entrepreneurs. I was delighted to attend as the key speaker was Mark Little, formerly of the RTE newsroom. The last time we spoke at the National Small Firms Conference, Mark had just started his social media news business called Storyful. When he explained to me then what he was hoping to do, I was in awe of what he was trying to achieve. In many ways he was way ahead of the game and already understood the power and influence of social media in the newsroom.

Just previous to starting Storyful he had walked from a secure, extremely well paid job, with the Irish National Broadcaster RTE, to embark upon life as an entreprenuer. He had a mortgage, a wife, 2 children and was in his forties. Many of you will remember him as the news correspondent who followed Barrack Obamas amazing journey to the White House. He was an ever rising star in the national newsroom and was about to embark on a reporting trip to Iraq when a skiing accident focused him on what was important in life.

6 years on – Storyful was acquired in December by the giant that is News Corp, leaving Mark Little a very wealthy man in charge of a social media news room that turns over 18 million a year. Last Tuesday night he shared with us in a most enlightening, humbling and truthful way the harsh reality of building a business.

He says what drove him to become an entrepreneur was his skiing accident. He suffered post traumatic stress and during his recuperation he decided that he didn’t want to turn around to his children in 20 years and say “I had this great idea that I could have tried, but I didn’t”. With the advent of social media growth, he could see the potential for real time news, direct from the people (the average guy on the street as opposed to a reporter talking to a TV camera) was huge. 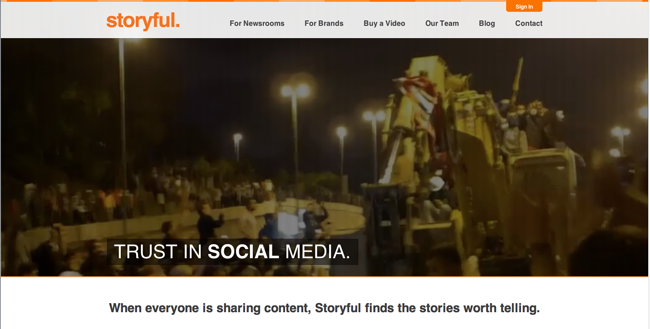 Storyful works via a piece of technology that measures the velocity (mentions of various items) on social media. Once the topic gets a certain amount of hits, they start verifying the story and release it out to waiting newsrooms. They don’t charge for 80% of their content but the other 20% is extremely lucrative. There are several things that are different about Storyful. They don’t just cover the big bad stories – they also have many funny videos performing extremely well on You Tube. Up until now (“the Golden Age of story telling” as he refers to it) most people who had hot topics or were the source of a story got ripped off. Storyful acts as an Agency with various social media sites including You Tube and pays the source a percentage of earnings. Storyful also never takes ownership of the content, preferring instead to return ownership to the source.

He learned many lessons along the way, from many mentors. He speaks very passionately about Ray Nolan who believed in him and put his money where his mouth was. Ray focused on getting Mark focused, at their first meeting firing out questions such as “where do you want to be in 6 years time?” and telling him to behave as if he was already there, looking back and make decisions based on this. It turned out all Ray’s predictions came true almost to the day. Mark really believes in the importance of a mentor because “they’ve usually gone before you but in the main can see the wood for the trees.” He also stresses that you need one “who’s not afraid to tell you that you don’t know everything and that you need to focus on this instead of that…”

Other lessons included hard financial lessons. Before embarking on Storyful he couldn’t make his way around a Profit and Loss sheet, being hauled over the coals several times, and having to explain his actions to a board made him learn quickly. He says his one big piece of advice to startups is to “never do a deal you can’t walk away from”. Investors will see an opportunity and rip you to shreds if you leave it too late to look for funding. “If you wait until you have no money to go looking for it, you’re asking for trouble, always look well in advance for funding and leave yourself with choices”.

He frankly shared that he was turned down for funding a few times, almost going broke several times along the way, surviving because his investors bailed him out. This taught him that just because he couldn’t get funding didn’t mean it was a bad idea, it just meant he was so early to the market no-one understood yet what he was trying to do.  He’s keen to stress that point  translation “don’t give up, you could just be early to your space”.

His worst moment as a human being was walking out late on a Friday evening to a coffee shop with the staff wages in his coat pocket, because he knew that if they tried to cash them they’d all bounce and he needed to buy time. He’s gone without wages himself many times “running on fumes” as he says. The day of the acquisition by Newscorp he treated his friends to a slap up meaL in a posh restaurant.   When he went to pay his credit cards were declined, despite at this point having earned many millions that day!

Whilst others would have cashed the cheque and gone, he still feels he hasn’t reached the top with Storyful and is staying put for another 3 years because “it’s the right thing for the company, it’s going to take me 3 years to get it there. I am going to build the biggest newsroom in the world”.