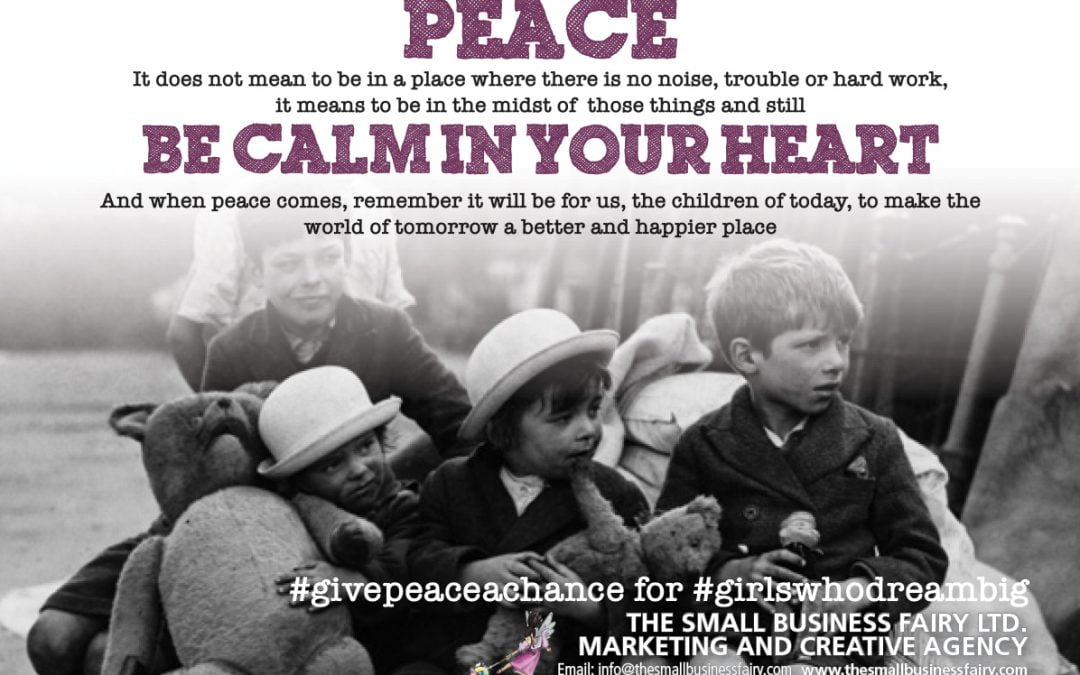 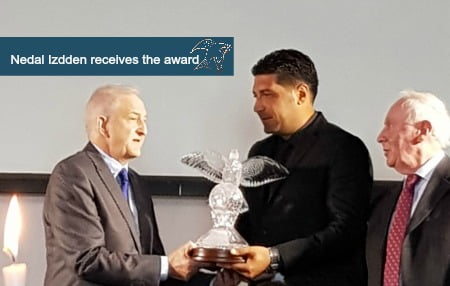 We attended the world famous Tipperary Peace Award last week and were very humbled by the speech given by Mr. Nedal Izdden who was accepting on behalf of The White Helmets. There was some controversy about this year’s award, but anyone who was in the room that morning could not fail to be moved by the word and actions of both Nedal and The White Helmets. In the run up to the event we had been subjected to hate posts on social mediaand witnessed the smear campaign against The White Helmets first hand. Members of the Tipperary Peace Convention Board actually received threats, whilst other members of the media were also subjected to hate mail and posts. It’s intimidating, let me tell you. It’s not a nice feeling to walk that mile. Whilst some commentators were genuinely standing up for that they believed to be the truth and signed their names, interestingly, a good chunk of the hate mail and social media posts were posted by people with names such as john123567 etc. 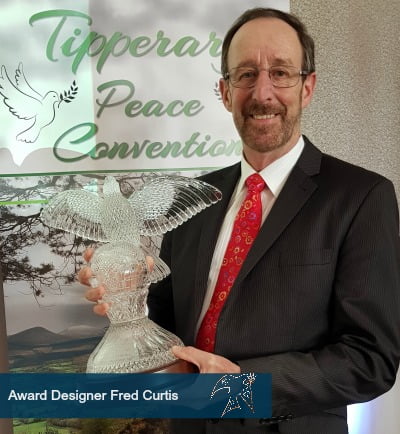 A life long techie and an early adapter to digital tools and social media, I am fully aware of the power of it. Whilst the Internet has democratised education and given all of us on this planet a chance to empower ourselves, the dark side is very dark. It’s great that we can all given an opinion and you’d hope that this encourages considered debate. We ignored most of the hate and commented on those we felt that we couldn’t ignore. Being a digital marketing agency, we have to be able to take on a clients business as if it was our business – and stand over it. We don’t take on every one that approaches us because sometimes it doesn’t fit morally or with our ethos. I have always believed that you have to be able to look at yourself in the mirror every morning and be able to live with all of your actions the day before. Yes, this means sometimes we are not as busy as we’d like to be – but it also means we can stand over our work.

When US Secretary of State John Kerry won last year, we also had to put up with some protestors but it wasn’t so virulent. It seemed more seasoned and considered. This year it was much more malevolent. Even when I do radio commentary and panels, I don’t like commenting on politics because I have not studied it so I feel that I can’t possibly comment on a subject I haven’t studied in detail.  I can only give a humble ‘normal person’ comment. I have not studied Syria, apart from the madness exposed to use across our T.V. screens.   I did question whether we were doing the right thing as a company, and I consulted with our clients, the board of the Tipperary Peace Convention. They do their research thoroughly and are advised and guided by government but we questioned them anyway. Having considered all of that, we agreed with our clients, that The White Helmets were the right choice. We answered the critics and continued on our journey.

The morning of the presentation, I wasn’t sure what to expect. Nedal Izdden quietly set up the top and all of us listened whilst the Chairman Joe Quinn introduced us all and the Honorary Secretary Martin Quinn (no relation) started his speech. The gardai dealt with the protestors outside. We sat with the local and national media as we listened to Martin Quinn. This board is to be commended, they started this 30 years ago, when there was still a ‘them’ and an ‘us’ in Ireland, when I (a Catholic) was carried through barbed wire and security check points (guarded by British protestants) by my father. 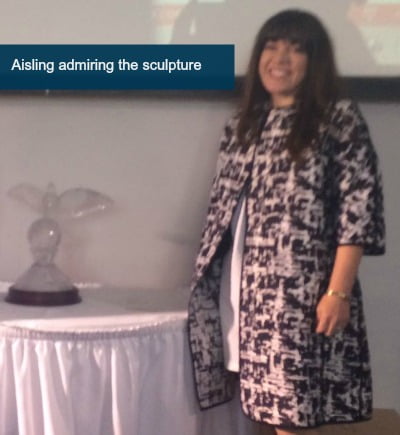 I still remember that, the colour of their uniforms and the expressions on their faces. Going to Belfast was truly terrifying. My children don’t remember it. They don’t know that there was a ‘them’ and an ‘us’. They have friends across the border (currently invisible although BREXIT will determine if it stays so) and mix with children of all denominations. To them it doesn’t matter who you believe in, only that you are to be kind to everyone and help anyone you can. They are able to do this because of people like Joe Quinn – an ex garda who had the foresight to see the importance of peace on this island. He like many of us watched as successive Irish governments including Charlie Haughey and Albert Reynolds tried to broker peace deals. He also had the foresight to realise the importance of the world famous song ‘It’s a long way to Tipperary’ and how it was associated with war. Being a Tipperary man, he and others were passionate about turning that around and to associate Tipperary with peace and so the Tipperay Peace Convention was devised.

Martin and Joe reminded us of the history of the organisation and of the past illustrious recipients who include UN Secretary General Ban Ki Moon, Malala Yousafzai and US President Bill Clinton. The Nedal Izdden took to the stage and broke our hearts. He and the White Helmets run in as first responders when the rest of us run out. Sometimes they are double tapped. This is a polite way of saying they are bombed twice. The first bomb goes off, they go in and try to rescue adults and children (the first tap). While they are in there, they are bombed again (the second tap). They have lost 200 people like this. Imagine, 200 people you know being blown to bits. They have saved over 100,000 people. Their motto is ‘to save a life is to save humanity’. His speech haunts me still. Even the hardened media at our table were genuinely trying to hold back tears. He was very emotional, this award means so much to The White Helmets, that we over here believe in them – and what they are doing. An award from Ireland means so much because we have suffered war here too. After he had finished speaking, he received a standing ovation that lasted for several minutes. Any doubt had been put to rest by this amazing man.

The thing with peace is, it’s not clean. How clean was it when Martin McGuinness and Gerry Adams sat down? It always starts with confrontation, it takes time and sometimes there’s only one light shining. Slowly that light starts to guide everyone else and the light gets brighter over time. What’s happening in Syria is horrific and it’s still raw. The rest of us have moved on to the next news story but the people in Syria still suffer and The White Helmets still run in. I am the lucky one, I was witnessing history, Nedal and his organisation have to live it.

We live streamed both Martin Quinns speech and Nedal Izdden’s acceptance speech. You can see them on our Facebook page.