Wear Orange to Help End Violence Against Women and Girls 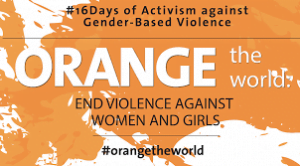 A world without Violence, how good does that sound? Living in a world where violence doesn’t exist would be amazing but unfortunately, within our world, there is so much violence happening daily, violence against women and girls.  As a digital marketing agency that works with various charities that helps combat violence, domestic abuse, sexual abuse etc. against women, this is a cause very close to our heart.

For years women have fought for equal rights all over the world.  Whilst things are improving for some of us, the fact remains that in much of the world women do not have equal rights.   Within In 2018 there is still much violence towards women and girls. That is why from November the 25th (which is the International Day for the Elimination of Violence against Women), until December the 10th (Human Rights Day), UN WOMEN are leading a campaign entitled ‘16 days of activism against Gender-Based Violence.’  The first campaign for helping to end violence against women and girls started in 1991 and has continued each year to ask all of us to join the campaign to stop violence towards women and girls. 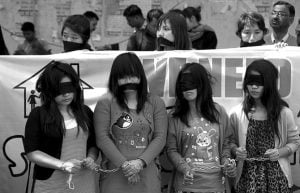 It is believed that 1 in every 3 women within the world would, at some point in their life, experience physical or sexual violence. In some countries, these numbers are even higher with 7 out of 10 women experiencing violence toward them. In countries experiencing war, it is the women and children who endure the most violence due to armed conflict.

Even in 2018 we still hear harrowing stories of violence towards women and girls all around the world with rape still being used as a weapon of war. We have all heard via social media and the news about movements such as #MeToo, #TimesUp, #NotOneMore and in Ireland #ThisIsNotConsent.

The #TimesUp movement was founded and set up just under a year ago (1st January 2018) by celebrities in Hollywood, relating and linking to the #MeToo movement, which is a movement against sexual harassment and sexual assault. The #MeToo movement set social media on fire after the news of the American Film Producer Harvey  Weinstein came to light. 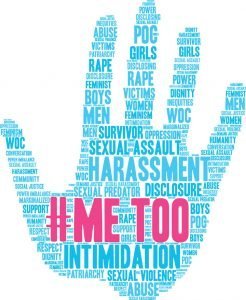 Over the past year women have taken to the streets around Ireland, as well as social media with the hashtag #ThisIsNotConsent.   Just last week, it was brought to the public’s notice the story of a barrister telling jurors in a court to ‘reflect on the underwear’ the young woman was wearing when she was sexually assaulted by a man ten years older than her.   This case has resulted in women stating that no matter what underwear they chose to wear, it doesn’t give anyone the right to sexually harass or assault them. No matter what clothing you decide to wear, no means no, for both women and men. 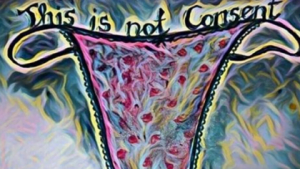 Over the years UN WOMEN have used the theme ‘Orange the World’ adding on a different message each year.

2018 – ‘Orange the World: #HearMeToo End Violence Against Women and Girls’

2017 – ‘Orange the World: Leave No One Behind: End Violence Against Women And Girls’

2016- ‘Orange the World: Raise Money To End Violence Against Women and Girls’

2015 – ‘Orange the World: End Violence Against Women and Girls’

2014 – ‘You Are Invited To Orange Your Neighbourhood’ 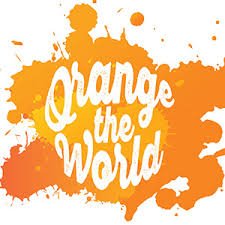 Click here to find out more and how you can help end violence against women and girls today. Wear orange to show your support from 25th November 2018 – 10th December 2018.