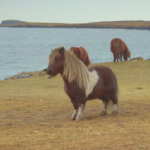 The great thing about Digital Marketing is that it allows us to amplify the brand message. Whilst it’s not a solve all panacea (as many small businesses hope it is), it helps amplify what the brand is doing offline.  The next problem is what to say, or how to say it? Which platform to use etc? Whatever your message is, it’s important to realise that digital is not something that happens “way out there” – in the distance. It should be an integral part of your business plan, helping you reach your objectives, whether that is creating brand awareness (which can be positive or negative) or growing sales etc. 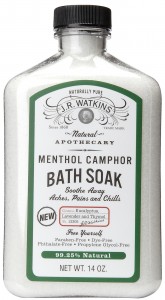 For a business to be successful at digital marketing, it needs to be embedded within the organisation culture. This raises serious questions for older businesses, those more traditionally based. How do they embrace the digital age whilst holding on to that heritage look and feel? A company who is currently doing this really well is J.R. Watkins.  The business produces various, very traditional, products such as hand cream and soap etc. The products were originally delivered by a horse and cart and so has a very victorian type feel to the brand. It’s now 147 years old. So how does a brand like this embrace digital?

Their current campaign (very suitable for this time of year) is extremely clever. They’ve harnassed Instagram with ghostly visions of old J.R. himself (who passed away in 1911). Through a series of videos they tell the story of how J.R.’s spirit was released from a tin and is now reminding us to wash our hands etc.  Chapter 5’s main message is  For those households that do not have the benefit of a rooster, I find that fresh muffins—made with my Vanilla—have a similar rousing effect. #GhostMyPost  #WatkinsWay) 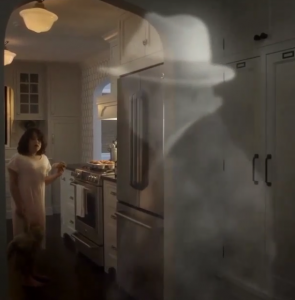 They could have stopped there, but a lovely value added feature is the possiblity to be haunted by J.R. yourself on Instagram. By using the hashtag #GhostMyPost in your own posts you may find J.R. suddenly appears super imposed on your image. We love this feature, it’s fun. The campaign has removed the cobwebs and it’s hauled the brand right into the 21st century.

The original of the species (at least this side of the pond) is my all time favourite. It’s also become a favourite of my children who watch it constantly. Three mobile were the first to use a TV ad campaign that contained a hashtag. I was so excited when I saw this ad appear with a hashtag. Up until this point, I had been wondering if we were ever going to see a hashtag mentioned on TV advertising. As a complete devotee of the hashtag since the dawn of Twitter, the frustration of not seeing them used was starting to get to me. Then, one night, it happened. 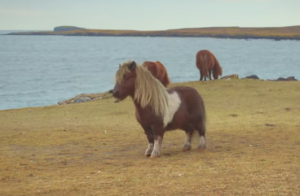 To the haunting sounds of Fleetwood Mac’s “I wanna be with you everywhere” a vision appeared before me. A little shetland pony in a field, who can do amazing things like the moonwalk (when humans aren’t watching of course) danced across the landscape past unsuspecting farmers. As if this wasn’t enough to make one deleriously happy, at the end of the ad the immortal line appeared:   #DancePonyDance. Oh joy of joys, it was official – the hashtag was here to stay and it was backed up by the message “silly stuff – it matters”.

At the time, consideration of Three was low and they needed a big brand campaign to capture the public’s imagination. The strategy was to build brand engagement. The firm had realised that all this silly stuff we share online is actually really important. The next question was which platform to use.

They looked at You Tube by asking “what can You Tube do for the pony”. Once they figured that out, it was all systems go. Interestingly, Three didn’t stop there, they also added an enhanced customer experience by creating the Pony Mixer which allowed you to add music, props and special effects to your own pony. So the campaign structure was now to convert the You Tubers over to the Pony Mixer. This expanded the brand experience.

So all that silly stuff does indeed seem to matter. It allows our businesses to interact in a human way. It allows us reach out and make a connection between the brand and consumer.   In Three’s case within the first 4 days, 67% of people in the UK had been exposed to the film at least once. A staggering 95% of people who had the content shared with them re-shared. 33% of the views on YouTube took place via a mobile device. The end result was a 27% brand uplift. And the journey continues. Three’s campaign has now been seen over 11 million times using You Tube. Over 1.5 million ponies have been immortalised via the Pony Mixer.

With Web 2 technologies it has never been easier for businesses to create unusual campaigns in a cost efficient manner.  Creativity is the key and we hope this sparked yours.