Team TBF Delighted To Be At The CMA Awards

Team TBF Delighted To Be At The CMA Awards At The Ballsbridge Hotel Dublin. Team TBF  were one of the top digital marketing agencies who were finalists at the CMA’s last night (Thursday 20th September 2018). We were in such great company as in Paddy Power, Virgin Media, Zurich Life, Three, Supervalu Ireland, Aer Lingus, AIG, Bank of Ireland, Toyota and Volkswagen to name but a few. Team TBF had  been shortlisted in two categories for the work they had done on Tipperary Rape Crisis Centre new website. They were nominated for The Best use of Illustration and The Best Content Marketing Award – Specialist. The TBF team was joined by manager of Tipperary Rape Crisis Centre Natasha O’Keeffe on the night.

The 2018 Irish Content Marketing Awards had 21 categories with a total of 79 finalists on the night. The night started with a lovely relaxed pre drinks reception where the champagne was flowing for all the finalists. Then followed by a three course menu before the awards ceremony began hosted by Colm O’Regan who is a critically acclaimed stand-up comedian, columnist and broadcaster. Followed afterwards by live music. The list of categories and winners can be found here.

Team TBF On Being Shortlisted

Team TBF founder and CEO Aisling Hurley had stated before “to be recognised and nominated for the work we done on TRCC website is an honor in itself, we are a young agency and it was such an honor to be nominated alongside well established companies such as Paddy Power, Virgin Media, Zurich Life, Three, Supervalu Ireland, Aer Lingus, AIG, Bank of Ireland, Toyota and Volkswagen to name but a few. The work we done for Tipperary Rape Crisis Centre was a project that was very close to all of the teams hearts and is one of the reasons we done the rebrand pro bono.” 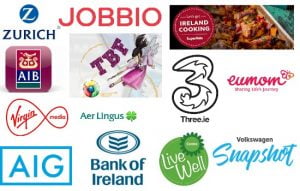 Tipperary Rape Crisis Manager Natasha O’Keeffe says ‘we can’t thank The Business Fairy team enough, TRCC’s vision is a society where sexual violence is not tolerated. The new branding and specialised content has really helped us get a clear message out there. They’ve made it easier for survivors to reach us, easier for people to donate and volunteer, and most importantly they’ve made it easier to start the conversation amongst the general public.’

The Business Fairy Team would like to raise awareness for this great charity that relies on donations and volunteers to enable them to continue to help and support people who need them. You can easily donate via their website – https://trcc.ie/ and every euro counts.

To see the work that The Business Fairy team did for TRCC new website click here. Team TBF would like to thank everyone who wished us well in the CMA’s. Keep up to-date with The Business Fairy plans for future World Domination -The Irish Content Marketing Awards today next step our own star on Hollywood’s Walk of Fame. 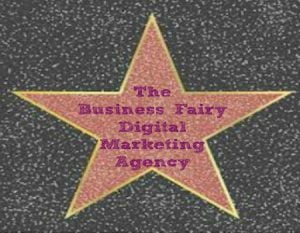